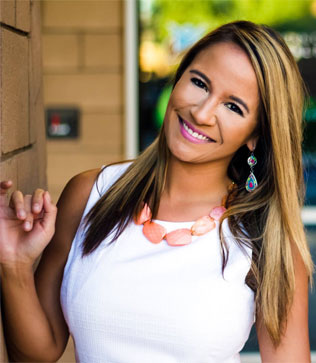 Lia Volpe is the Founder and President of Flight Attendant Prep Academy. She has worked for both Regional and Major Airlines and has been in the industry for over 13+ years. She has extensive training in In-flight instruction and was an IOE Instructor for many years at Mesa Airlines.

She graduated from Arizona State University with a B.A. in Communication. She is the pioneer and creator of Jet Line Clothing, a Clothing line for Flight Attendants and Pilots started in 2008. It has been featured in 3 Airplane Magazines and is currently sold in 5 Major Airports across the Country.

Her passion and enthusiasm for educating, guiding and empowering others has made her a Leader and Trusted Advisor in the Airline Industry. She has developed relationships with numerous Airlines, establishing connections providing her graduates first class access to an In-flight position. With a 90% placement rate, her program success speaks for itself.

FUN FACT: Lia V’s industry presence led her to a consulting role for the major motion picture “Baggage Claim”. She was also a featured extra playing the role of a Flight Attendant in the film. 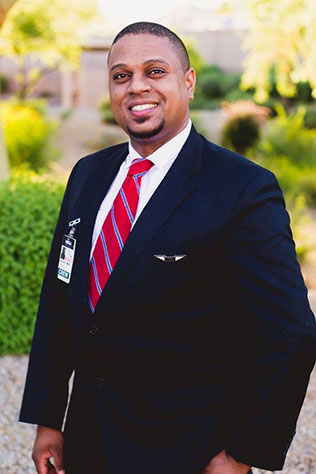 Dominic Brisson, an Instructor at Flight Attendant Prep Academy is currently a Flight Attendant for 15 years and Counting. He is one of the Most Senior Flight Attendants at Mesa Airlines and has been recognized as “Flight Attendant of the Year”. His passion for teaching and extensive In-flight experience has made him an invaluable asset to the FAPA Team.

Dominic B. also compliments and supports this program as he understands the benefits of attending an In-Flight Training Program in Ontario, California. Upon Graduation, he was assisted with an Airline Interview where he was placed with his current Regional Airline he is flying with today.

FUN FACT: Dominic B. loves practicing Martial Arts and is currently a Tang Soo Do Master with a 2nd Degree Black Belt.

She is currently a mentor to all new hires at Mesa Airlines and takes great pride in her position as a Senior Flight Attendant. She has traveled to 46 States and has been all over Canada, Mexico and The Caribbean.

We are Proud to Present Recruiters/Guest Speakers from